The American Civil Liberties Union of Kansas this week condemned the Overland Park Police Department for an “overly reactive and militarized response” to a Black Lives Matter protest.

In a letter addressed to Overland Park Police Chief Frank Donchez, the civil rights group highlighted concerns with officers’ handling of a peaceful protest on July 24. The ACLU was acting in support of local organizers who objected to the police tactics.

Officers responding to the demonstration, planned by The Miller Dream LLC, were in riot gear, targeted protest leaders for arrest and refused to provide badge information. Four arrests were made during the protest.

The ACLU statement sets the stage for another protest this Friday. Miller Dream LLC is demanding justice for one of the demonstrators who was arrested, Darrien Richmond. He was charged with felony battery of a law enforcement agent who suffered scrapes and bruises on his knees.

The tension between protesters and police officers was in stark contrast to a July 11 protest in which officers provided an escort — even blocking traffic for those marching on the street.

“Our biggest question is how do you go from escorting to arresting?” said Vaquandra Wotruba, a leader of The Miller Dream LLC, which has planned several peaceful marches since June. “The only difference from what we can see is that we entered a residential neighborhood.”

Police presence was heightened for the more recent protest, Wotruba said. Officers approached her before the protest and said they were present only for precautionary measures.

As the group of about 30 protesters marched, holding signs and chanting for reform to the system, Wotruba noticed police officers following them on bicycles.

Organizers approached the officers, who said they had been instructed to withhold badge information.

City spokeswoman Meg Ralph, in a statement last month, said the decision to work in anonymity was made because of doxxing concerns, or the public release of personal information. She cited Kansas City, Missouri, Mayor Quinton Lucas, who recently introduced legislation criminalizing doxxing.

The ACLU said it was unclear why police believed those attending the July 24 protest posed a larger doxxing threat than previous events.

Wotruba said withholding badge number is concerning to her because it dramatically reduces accountability for officers involved as their identity becomes more difficult to ascertain.

The department declined to answer questions for this story.

Things escalated when the protest moved into a residential area near Johnson County Community College.

According to the ACLU letter, two residents exited their homes and yelled at protesters to leave the neighborhood. One resident “accosted a teenage girl trying to de-escalate an argument between a protester and another resident,” the letter said.

A handful of Overland Park police officers were present at that time but did not intervene. Several minutes later, however, additional law enforcement arrived in riot gear and began following protesters, ordering them to move to the sidewalk.

Stacey Shaw, an attorney, was coordinating legal observers as officers approached the protesters. She was wearing a vest that said “attorney.”

Shaw was the first person arrested that night.

Three additional arrests were made during the protest.

“My department is committed to the safety of our great city,” Donchez said in the statement issued by the city spokeswoman. “Overland Park welcomes a variety of voices through safe protesting. We must work together to ensure all voices are heard.”

The ACLU and Wotruba also reported OPPD officers targeting chant leaders and organizers. Wotruba said her husband, who was holding a bullhorn and urging people out of the street, was targeted but not arrested.

ACLU of Kansas has offered to meet with department leadership and requested a variety of public records regarding department policy. 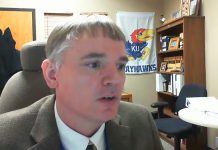 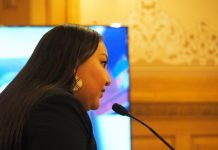 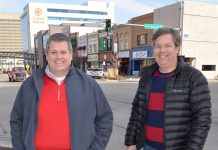 COVID-19 infects Kansas judicial system with backlog of more than 1,700...