The Kansas Reflector welcomes opinion pieces from writers who share our goal of widening the conversation about how public policies affect the day-to-day lives of people throughout our state. Vince Munoz is an organizer with Rent Zero Kansas.

On Monday, Gov. Laura Kelly issued another two-week eviction moratorium. While this undoubtedly will keep people off the streets, working-class Kansas is bleeding, and without further action, the moratorium is just another Band-Aid.

The governor said she will extend the moratorium should Congress decline to extend enhanced unemployment benefits, but instead, it’s past time for Congress or the Legislature to cancel rent.

To understand how a rent and mortgage cancellation might work, it’s essential to know how we got here and how necessary it really is.

More than 40% of Americans, including three in five renters, couldn’t afford a $400 emergency expense in May 2019. That was when unemployment was only 3.6%. Today, unemployment is 10.6%, almost identical to the peak of the Great Recession. Across the state line in Missouri, renters in Kansas City have already seen an influx in eviction filings.

200 people face eviction in Jackson County tomorrow morning. The eviction moratorium expired on Sunday. People could be evicted from their homes starting Monday. People aren't back to work, debts have piled up, COVID is still a threat, folks don't have anywhere to go.

It’s not just unemployed people who are suffering. Countless workers have been furloughed, had hours reduced and earned less income in tips. Renters, many of whom are essential workers, are asked to choose between their health and housing during a global pandemic. Kansans across the state have had to burn through savings and use the last of their credit to survive.

Kelly is not solely to blame for the state’s lackluster response. In May, outgoing Senate President and small government fundamentalist Susan Wagle, R-Wichita, pushed for a bill, passed in the dead of night, that would cripple the governor’s power to protect us. House Speaker Ron Ryckman was happy to oblige.

If nothing changes, 19 million to 23 million renters nationwide risk being evicted by Sept. 30. That includes 155,000 Kansas renters who are unable to make rent. For perspective, that’s more people than the population of our capital city.

The risk of eviction is especially pronounced for people of color. The Joint Center for Housing Studies at Harvard University found that 64% of Hispanic renters and 57% of Black renters have lost income during the pandemic.

For many, a single eviction begins an inescapable cycle of housing insecurity.

“We call it the ‘Scarlet E’ because it can make it difficult to get other housing and it ruins a person’s credit,” said Alieza Durana of Princeton University’s Eviction Lab. Those unable to afford rent often don’t have enough for their next security deposit. They truly become homeless.

Evictions are deeply traumatic events. In his 2016 book Evicted, sociologist Matthew Desmond describes how tenants are given the options of “truck or curb.” As their belongings are being forcibly removed from their former home, they can either have it sent to storage and retrieved for a fee, or placed on the curb.

Evictions also follow children for life by causing them to frequently change schools. A study of Kansas City Public Schools found that juniors who stayed in the same high school scored higher on the ACT and had higher GPAs, both of which can affect a student’s ability to access scholarships needed to attend college. Last school year there were more than 1,200 Kansas City students without a permanent residence.

At the federal level, proposed legislation would literally halt rent payments in the United State through the end of the pandemic. It would also stop mortgage payments, similarly to how federal student loans were put in forbearance through the CARES Act. No one would lose housing, but unlike an eviction moratorium, debt and interest would not be waiting for those unable to pay. The legislation creates a fund to help landlords and mortgage holders offset real losses associated with cancelling and suspending payments.

Kansas could implement a smaller version of this that halts evictions and compensates landlords in a profit-neutral way for those unable to pay. It could spare tenants of the debt, and by extension the eviction, that they would still incur once the moratorium expires.

A rent and mortgage cancellation keeps tenants from homelessness and financial ruin with minimal disruption to the economy. It’s the only fair way to distribute the financial burden of this global pandemic and keep ourselves, families and neighbors safe and healthy. 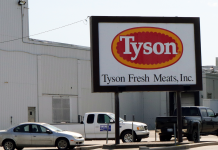 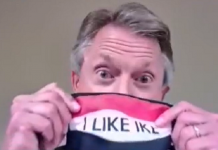 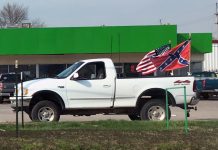 How lawmakers can give 155,000 Kansans housing security — cancel rent

Kansas school districts should prepare students for the possibility of teachers...