The Kansas Reflector welcomes opinion pieces from writers who share our goal of widening the conversation about how public policies affect the day-to-day lives of people throughout our state. Former U.S. Secretary of Agriculture Dan Glickman is executive director of the Aspen Institute Congressional Program.

I have always been proud of the bipartisan heritage of Kansas politicians.

We have had plenty of disagreements over the years, just ask any of us. But there have always been moments of bipartisanship on behalf of the state and the nation. Political disagreement is part of our system of government, and constructive partisanship has been a hallmark of our great state.

Think of the examples of such leadership: Dwight Eisenhower, Bob Dole, Nancy Kassebaum, the Dockings, Kathleen Sebelius, John Carlin, Mike Hayden, Jim Slattery, Dennis Moore and many other state and federal leaders. These folks had strong beliefs and deeply held principles, but they generally put good government first and foremost, well above blind adherence to any political party or narrow agenda.

They understood the basic truth of our government, that so many have now forgotten. The only way to achieve real progress for the citizens of Kansas, and the country, is to work collaboratively across party lines, achieve results and not engage in any form of blind partisanship for its own sake.

No one wins when politics becomes continuous personal attacks on rivals. The point of politics is to govern, not to slander one’s opponents and debase oneself.

I am not a Trump supporter and I hope, not unsurprisingly, that Biden wins. If you’re reading this and thinking, “he’s a hypocrite,” let me remind you that I have publicly supported some Republicans nationally for Congress over the past many years. I also worked with Sens. Kassebaum and Dole and other Republicans on defense issues impacting Kansas, and specifically general aviation product liability and related tort reform issues helping the Kansas aviation industry.

And I would be the first to admit that Democrats do not have a perfect record.

But what we see from President Trump is not merely civil, or even heated, disagreement over public policy. Another four years of Trump is another four years of chaos, dishonor and corruption from the president and much of his team. In recent days, where legitimate reports have indicated he has called our fallen soldiers “suckers” and “losers,” I think enough is enough.

I am curious if Trump thinks that Bob Dole is a loser or sucker because he was so seriously injured defending America against the Nazis? After all, he said John McCain was not a war hero because he was captured in Vietnam. Partisans can disagree over America’s role in the world, but no one wants to be a laughingstock. President Trump ought to make us ashamed. We are ridiculed by the world and the butt of jokes from our own allies. His indefensible behavior has weakened America.

What is most troubling to me is the failure of so many Republicans, especially in Kansas, to speak truth to power and to call out this outrageous and un-American behavior.

Regardless of party affiliation, our state has always been known for calling it like it is, even if it meant taking on one’s own party leaders. William Allen White, the publisher of the Emporia Gazette, fought the Klu Klux Klan in the 1920s at his own personal peril. He led by example.

Where are today’s independent thinkers in Kansas?

I know because I am a Democrat, you might not listen to me if you’re a Republican. But there were times when I called out my own party: on Vietnam, on excessive spending and racking up debt, and on many agricultural issues where the Republican side was on the right side of Kansas farmers.

It’s time for all of us, and especially our Kansas Republican leaders, to remember our proud history, do and say what is right, and stand up for the best principles of America. 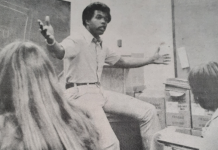 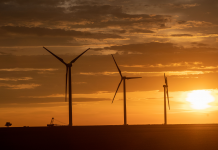 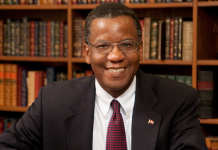 ‘Time is of the essence’: Sick and vulnerable inmates make case...

Olathe monument recognizes families of those who lost lives in military...

What it meant for one young Kansan to be ‘in the...

Opinion from Patricia E. Weems Gaston (@pwgadvocate): What it meant for one young Kansan to be "in the room" with Gale Sayers. https://t.co/bL7ibeVnL7

"Time is of the essence" as @aclukansas petitions for early release of 63 sick and vulnerable inmates. | via @NoahTaborda https://t.co/DeO8ev2Tht