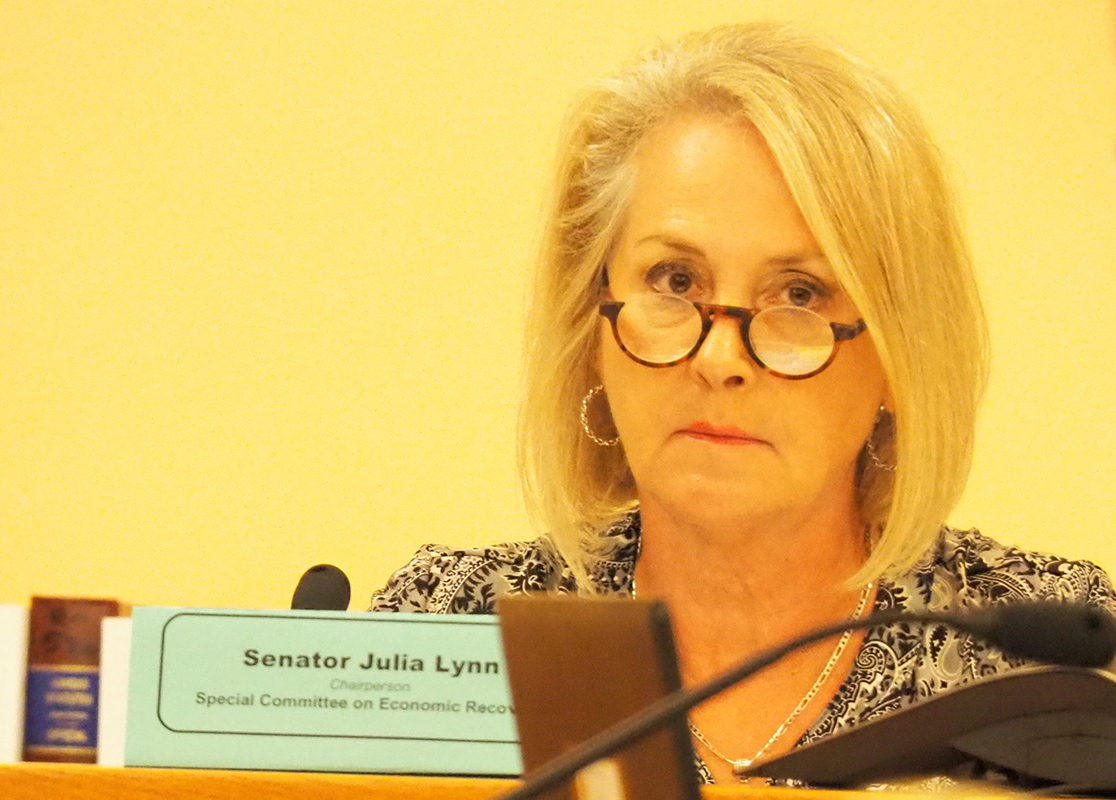 TOPEKA — A Shawnee County District Court judge reversed a decision of the Kansas secretary of state by granting a request Friday from Sen. Julia Lynn to be removed from the November election ballot due to a medical hardship.

Secretary of State Scott Schwab, a Republican and former legislator, had rejected the petition from Lynn because the document was signed by a licensed practice nurse rather than a doctor as required under Kansas law. Lynn appealed.

Lynn, who has served in the Legislature since 2006, sought to be dropped from the ballot to care for a sister in failing health.

Schwab said his office was dedicated to making certain election documents and filing timelines complied with state law. Lynn’s application for withdrawal was presented to the secretary of state’s office minutes before the deadline by an employee of Senate President Susan Wagle, a Wichita Republican.

“For some odd reason,” Schwab said, “Senate staff and the candidate failed to coordinate with our office to guarantee compliance with state law and, instead, waited until the last minute to submit the required documents.”

Clay Barker, deputy general counsel for the secretary of state, said Lynn showed up at the office and asked to withdraw around 4:50 p.m. on Sept. 1. She provided a handwritten explanation.

Lynn asserted that the signature of a nurse was sufficient, Barker said, but state law requires the signature to be from a medical doctor. As part of Lynn’s lawsuit, the doctor provided an affidavit saying the nurse had provided his electronic signature, which is acceptable under state law.

“If somebody would have explained it to us,” Barker said, “we would have approved it that day.”

Schwab said the controversy was made “unnecessarily complicated with unsolicited opinions from outside entities and supplemental information being provided to our office well after the September 1 deadline.”

He expressed appreciation for the court’s prompt action on Lynn’s appeal and “remain committed to serving the citizens of Kansas in upholding state election law.”

Republican leaders in Lynn’s district in Johnson County are responsible for selecting her replacement for the Nov. 3 ballot. Stacey Knoell, an educator in public schools, is the Democratic nominee in the district.