TOPEKA — Five governors and the Kansas Legislature have collaborated for more than a decade to ignore state law requiring allocation of $8 million annually to support policy and programs aimed at maintaining the state’s water supply.

It doesn’t look as if 2020 will be a watershed year in terms of financial relief.

The Legislature and Gov. Laura Kelly agreed to appropriate $6.9 million this fiscal year to support the state water plan, but the governor responded to a projected revenue shortfall by slashing $1.1 million allocated to the Kansas Water Office. It’s not clear if 2021 Legislature and Kelly have wiggle room to restore that money in the next year or so.

Sen. Carolyn McGinn, a Sedgwick Republican and chairwoman of the Senate Ways and Means Committee, said much would depend on the November update of state tax revenue forecasts. In April, economists and state officials said Kansas could expect to collect $1.2 billion less over a two-year period than previously anticipated. Kansas is constitutionally prohibited from operating deficits.

Rep. Troy Waymaster, chairman of the House Appropriations Committee, said monthly state tax revenue collections had surpassed expectations despite the COVID-19 pandemic. There will be spending reductions in the revised state budget, he said, but determining what parts of government absorb those blows will be part of next year’s debate in the Capitol.

“It could be restored,” Waymaster said. “Some of it? Yes.”

Connie Owen, chairwoman of the Kansas Water Authority, told members of the interim House and Senate budget committee, that for about 30 years the state had been obligated to annually invest $6 million from the general state treasury and $2 million from gaming revenue in support of water programs.

The water plan depends on state tax revenue as well as $12.3 million annually from municipal and industrial fees, pesticide and fertilizer registration fees, pollution fines and penalties as well as sand royalty payments started in 1996 and a clean drinking water fee initiated in 2008. In the current fiscal year, the water authority budget was set at $18.7 million before Kelly imposed July spending cuts. 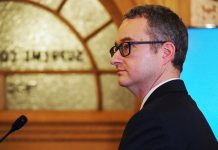 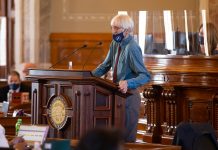 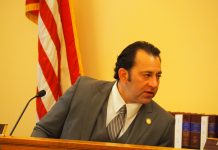