Here’s a new installment of must-see TV from the Kansas Legislature.

In this four-minute episode, one man gives a halting, emotional plea about how much he loves his wife and grandkids and everyone in the room, and begs his colleagues to take one small, potentially life-saving action, while two men opposite him sit as still as statues.

The set-up: 706 Kansans are dead. August and September have been the worst months for COVID-19 in Kansas since the curse began. More than 1,500 people are newly diagnosed over the first weekend in October. When Gov. Laura Kelly gives her regular update on Monday, Oct. 5, at least 62,708 Kansans are infected — 69 have died in the week since her update the previous Monday.

The next day, most of the Legislature’s seven-member budget committee gathers in Room 548-S of the Capitol, along with a handful of staffers. They are about to spend six hours together.

Before they get to the agenda, the committee chairwoman, Sen. Carolyn McGinn, a Republican from Sedgwick, hands the floor to Tom Hawk, a Democratic state senator from Manhattan.

“My aunt passed away from COVID this summer,” Hawk begins. “I’m diabetic. I wear my mask because my wife, Diane — I don’t want to take something home to her. I’d like to be around for my grandkids and their transitions in life. The goal for me is to make it to their high school graduation.”

He wears his mask for his own protection, Hawk says, but also “to protect the staff who are here and the guests who come in this room and for my colleagues. I’d like to request that we all wear our masks except when we’re talking.”

Hawk reads updated guidance from the CDC, which has reported some instances in which people have been infected from farther than six feet away “in poorly ventilated and enclosed spaces.” The CDC’s recommendations have been clear and consistent: Wear a mask.

If his colleagues aren’t going to wear masks, Hawk asks that he be allowed to participate via Zoom from his office downstairs.

McGinn, the chairwoman, is wearing a mask. Not wearing masks are two Republican legislators to her right: the committee’s vice chairman, Rep. Troy Waymaster, of Bunker Hill, and Rep. Kyle Hoffman, of Coldwater.

To check your empathy levels, see how difficult it is to watch as the two men at the left of your screen remain unmoved for as long as possible:

Other members of the committee we can’t see in the video are two Republicans, Sen. Rick Billinger, of Goodland and Rep. Will Carpenter, of El Dorado, and Democratic Rep. Kathy Wolf-Moore, of Kansas City, Kansas.

This week, Hawk told me he struggled with the situation. It felt personal.

“I like the people I sit between, who weren’t wearing masks,” he said. “You get very close to the people in the budget committee, spend a lot of time together. They’re all good people. We might have different philosophies, but they’re really caring, thoughtful people.”

“Most of the people on my team were wearing masks, most of the other team weren’t,” he said. “Why should this possibly be political? That still doesn’t make any sense to me. So I’ve been wallowing in that and you sometimes think, ‘Is there something I could say to the person sitting next to me not wearing a mask that would make a difference?’ Maybe they’re right? Because most of us are confused.”

The only safe course, he decided, “is to care about other people and be respectful of them.” Plus, “if I catch this, I’m bringing it home to the very person I love the most. Right or wrong, it costs me nothing except a little discomfort — my glasses fog up — but nothing of significance. But if I don’t do it, it’s potentially a huge cost.”

Finally, he decided to take control of his own situation.

Eventually, everyone did put on their masks. I hope that’s the start of a new norm in the Statehouse. After all, I’d hate for lawmakers to be in violation of Shawnee County’s mask order, which requires people to wear face coverings indoors when social distancing isn’t possible.

Hoffman did not respond to my inquiries, but Waymaster told me that he adheres to whatever mandates a local government has in place and that he normally does wear a mask in the Statehouse.

“I have consistently been wearing a mask when I go into the Capitol, starting this last summer when I would have State Finance Council meetings or Legislative Budget Committee meetings,” he said.

When I told him what I’d been watching on the video, he amended: “We were doing social distancing. I wore a mask into the committee room and took it off, and when Sen. Hawk made the plea, I put the mask back on.”

Which was a happy ending to this four-minute Statehouse drama. Because at this point in the pandemic, elected officials who aren’t wearing masks indoors at the Capitol might be mistaken for caring more about their own minimal comfort and anti-public-health politics than about other people, and that’s not a good look. 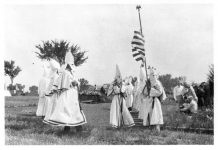 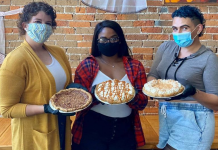