The Kansas Reflector welcomes opinion pieces from writers who share our goal of widening the conversation about how public policies affect the day-to-day lives of people throughout our state. Danny Caine is the owner of The Raven Book Store in Lawrence, Kansas.

Recently I saw news that Gov. Laura Kelly is “celebrating” Amazon’s plan to build two gigantic fulfillment centers in Kansas. As the owner of a Kansas retail small business (The Raven Book Store in Lawrence), I do not join in the celebration.

But Amazon represents a threat to the 27,000-plus retail small businesses already in Kansas (as of 2015, the most recent data I could find) and the 150,000-plus people who depend on them for their livelihood.

A good example of how Amazon disrupts and invades an industry is books, the industry I know best. Despite all of 2020’s difficulties, Publishers Weekly reports that book sales are actually up this year. Yet, according to an American Booksellers Association survey, 70% of bookstores are reporting decreased sales, and 20% risk shutting down entirely. One bookstore has closed for every week of the coronavirus pandemic. At least one lost bookstore was in Kansas.

So where are book sales going if not bookstores? That’s easy: Amazon.

Even while doubling its profits, Amazon’s retail arm often operates at a loss. It often lists bestselling books for prices lower than the wholesale prices I pay publishers. Selling these books at Amazon prices would have the same effect on our cash flow as handing every customer a $5 bill out of the register as soon as they walked in the door.

Amazon can lose money on books and other retail goods because they have other extremely profitable revenue streams, like steep third-party seller fees, of which Amazon collected $60 billion in 2019.

Once Amazon’s unsustainable prices force their competition out of business, Amazon swoops in for more market share. They did this with Diapers.com in 2010, purchasing the battered business after a brutal pricing war in which Amazon willingly lost millions. It’s a pattern, and it makes it impossible for retail small businesses to compete.

Meanwhile, these struggling small businesses watch our elected representatives celebrate the arrival of gigantic new Amazon warehouses in our state.

Kansas politicians are celebrating in part because the warehouses will bring 1,000 new jobs, but let’s have a close look at those jobs.

A landmark Reveal investigation found that Amazon warehouse workers are twice as likely to be injured at work as their industry peers. Amazon’s popular promise of free one-day shipping for Prime subscribers is a promise that leads to harm for the workers fulfilling it. The crushing quotas and pick rates necessary to fulfill Amazon’s dramatic shipping promises make Amazon facilities some of the most dangerous warehouse workplaces in the country. Still, the popularity of this dangerously fast shipping leads to new warehouses like the ones in Kansas.

Another way Amazon has neglected to protect its warehouse workers is by being slow to introduce coronavirus safety measures. Warehouse workers have staged walkouts to advocate for safer working conditions. Many of the leading voices calling for better conditions have been fired. Christian Smalls, a Staten Island Amazon fulfillment center worker, led a walkout in May to demand paid sick leave for all warehouse workers. He was promptly fired. Amazon insists the strike wasn’t the reason, but leaked recordings show Amazon executives planning to make an example of Smalls to discourage workplace organizing. Smalls is far from the only Amazon worker fired after advocating for safer conditions.

There will always be people to fill those jobs. Yesterday I got a postcard advertising new Amazon jobs in Kansas. Full-time. Starting at $15 an hour. Frankly, that’s better pay than many retail small businesses offer. But keep in mind that retail small businesses can’t offer that kind of pay in part because Amazon has so thoroughly dominated their market.

While so many Kansas-owned businesses are struggling, Amazon flourishes. Amazon chalks it up to “customer obsession,” a readiness to give the customer exactly what Amazon has convinced them that they want. The cost of “customer obsession” is “worker injury” and “small business extinction.” Amazon can expand this fast — announcing two new warehouses in one day! — because they’re swallowing entire markets with their relentless tactics.

In fact, Jeff Bezos’s original name for Amazon was relentless.com. Type that in your address bar and see what happens.

So before you celebrate Amazon bringing 1,000 jobs to Kansas, consider what those 1,000 jobs actually look like, and remember their effect on the 150,000 people who already have jobs at Kansas retail small businesses. 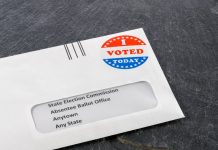 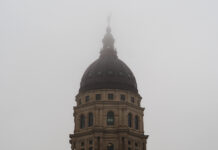 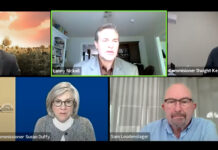 27,000-plus reasons not to celebrate Amazon’s new centers in Kansas