Clerk Donna Maskus says she has done everything she can to mitigate the problem.

The county mailed about 3,800 ballots that labeled a Kansas Senate race as the U.S. Senate race before realizing the mistake, then shut down advanced voting for several days to reprint corrected ballots. Political candidates and election officials have taken a wait-and-see approach with the situation, hoping that neither the state nor federal race is decided by a slim margin.

Lauren Bonds, legal director for ACLU of Kansas, said the ACLU has heard from Ellis County voters who are confused about what they should do with their misprinted ballots. Bonds said Maskus should try to contact the voters directly and post information on the clerk’s website.

Voters need to know their misprinted ballots will count, Bonds said, that they shouldn’t be waiting on a replacement ballot, and that they should drop their ballots off at the election office or dropbox at this point because of concerns with mail delivery. Voters also may go to the clerk’s office and exchange their ballot for a corrected one.

Maskus said she didn’t attempt to contact voters because so many of them received the misprinted ballot. She said she immediately “faced up” to the mistake — she was one of three people in her office who looked at the ballot’s text and didn’t catch the error before it printed — and has tried to get the word out through news media.

“The voters have been very genuine with the situation, and very understandable,” Maskus said. “I feel real bad that the situation has happened, but we are dealing with it and moving forward.”

She said she would consider updating information on her website.

The clerk’s office also has extended hours for early voting, including from 8 a.m. to noon on Saturday.

Because the ovals on the misprinted ballots align with the corrected ones, all of the ballots will be tabulated by machine, Maskus said. 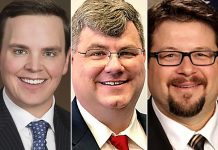 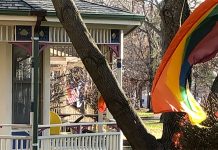 If we start seeing Kansas as dots of blue and red, it looks like a place of possibilities 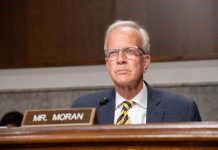 As GOP cements supermajority in Legislature, Democrats realize ‘they can just...