TOPEKA — Members of Gov. Laura Kelly’s Commission on Racial Equity and Justice are concerned about proposed limitations on an upcoming listening session with the Kansas Fraternity of Police.

Kate Davis, director of regulatory affairs in the governor’s office, notified the commission that the Kansas branch of the FOP wants to limit participation in the meeting scheduled for Nov. 11 to just five members of the 15-member commission.

Commissioner Mark Dupree, district attorney for Wyandotte County, said Thursday given the role the FOP has played in exacerbating some of the racial inequities they are working to address, the organization must be willing to engage in thorough conversation.

“The whole purpose of the governor putting together this commission is to get to the root of the issue so we can stop having a conversation and do something about these issues,” Dupree said.

Members of the commission tasked with studying issues of racial injustice in Kansas joined Dupree in questioning the FOP’s apprehensiveness to additional commissioner involvement in the listening session.

Dupree said the commission has fairly handled previous listening sessions and has been open to all sides of the situation. Limiting participation would hinder their ability to truly address some issues in their December report to the governor, Dupree said.

“In order for us to really bring togetherness for Black and brown folks with law enforcement, the FOP has to be willing to deal with real issues without wearing their emotions on their sleeve,” Dupree said.

Commissioners have been encouraged to submit questions even if they will not be attending the listening session. The FOP has requested questions from the commission be submitted to them before the session.

Mark McCormick, a commission member and a member of the Kansas African American Affairs Commission, said an organization like the FOP ought to be prepared for an intensive conversation.

“People doing public work ought to be able to weather tough questions,” McCormick said. “If there are these kinds of stipulations about what we can ask and who can attend these meetings, what value is there really?”

McCormick referenced other public employees they have heard from, like Attorney General Derek Schmidt, who did not place any parameters.

“He stood in the pocket and answered the questions,” McCormick said. “I would expect nothing less of anyone we speak with.”

The Kansas FOP said in a statement Friday no ultimatum has been set regarding their participation. Rather they are only trying to ascertain what topics the commission would like to discuss.

“The FOP remains committed to engaging in discussions with the Commission about
ways to improve law enforcement, strengthen community relations and address racial and equality issues in the criminal justice system. Ever since Commission representatives invited the FOP to join in a Learning Session, we have been working in furtherance of that effort and will continue to do so.”

John Nave, a commission members and executive vice president of the Kansas State AFL-CIO, urged the FOP not to be concerned about overly aggressive or unfair questions from the commission during the session.

“We have been conducting these listening sessions for weeks now and are in a place where we are wanting to engage with good conversation,” Nave said. “We are just wanting to know their perspective.”

This story has been updated with a statement from the Kansas Fraternal Order of Police in response to concerns voiced by commissioners.

Kansas community colleges: No reason to take politics out of higher education mergers 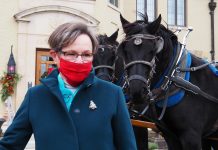