The future of water availability in western Kansas is receiving support from a multimillion-dollar project aimed at using existing land formations to recharge a major underground water source.

Final details of the Groundwater Recharge and Sustainability Project, or GRASP, are being worked out within the offices of the U.S. Department of Agriculture’s Natural Resources Conservation Service. Earlier this year the project received an injection of $1.4 million from NRCS, and another $1.5 million from multiple partnering conservation organizations, including the Playa Lakes Joint Venture and Ducks Unlimited.

The plan calls for the restoration and enhancement of playas — natural wetlands that dot the state. There are more than 22,000 playa lakes in Kansas, with 85% of that playa acreage in cropland. The remaining 15% are part of natural grasslands, with the average size of a playa being 3.7 acres.

“If you didn’t know what you were looking at, you wouldn’t think there was something there,” said Matt Smith, the conservation delivery manager for Playa Lakes Joint Venture. “Wetlands on the high plains are a source of groundwater recharge. All western Kansas water issues make these important.”

Smith said his organization’s idea was to restore those wetlands, especially near municipal and domestic water wells, allowing water to trickle down and recharge those wells and the depleting Ogallala Aquifer. The GRASP project will help landowners and ag producers with voluntary efforts to restore those playas, as well as improve their irrigation systems, reduce pumping, retire old wells, and help transition toward dryland crop systems where applicable.

“It depends on the situation — some folks understand what’s coming and see this is obviously an unsustainable use of water in some areas,” Smith said. “They see that something has to change.”

The project is focused on Wichita and Greeley counties, which have seen a rapid decline in water availability. The two counties combined have about 600 playas. Smith said the depth of the aquifer varies in different locations but estimates some parts of these counties could experience water issues within 10 to 50 years.

According to the Kansas Water Office’s State of the Resource Report from August 2018, from the years of 2007 to 2016, water measurements taken across 158 wells in the Upper Smoky Hill region by the Kansas Geological Survey and the state Department of Agriculture’s Division of Water Resources showed an average groundwater level decline each year of 0.60 inches, with a 10-year cumulative decline of nearly six feet.

“Water is our most vital resource,” said Katie Patterson-Ingels, communications director for the Kansas Water Office. “Water and our Kansas economy are directly linked.”

Patterson-Ingels said the KWO learned during public input for the Kansas Water Vision that most Kansans do not understand where their water comes from.

“Water is a finite resource, and without planning and action we will no longer be able to meet our state’s current water needs, let alone state growth,” Patterson-Ingels said.

Abe Lollar, a biologist with Ducks Unlimited, said his organization has provided $100,000 of financial support, and another $50,000 for technical assistance toward GRASP. The technical aspects involve Lollar providing education and outreach to local landowners and ag producers on the details of the project and its potential benefits. The $100,000 will be put toward the purchase of native prairie shortgrass seed, which Lollar said runs from $150 to $200 per acre.

“It’s not the cheapest seed mix in the world,” said Lollar. “The mixes are so expensive because it’s hard to get some of these annual plants that have high seed production in the mix.”

Lollar said the seed mixes are a necessary part of the playa restoration process. The planted grass buffer acts like a natural water filter. Rainwater from surrounding fields runs into the playa and carries sediment and contaminants with it. The shortgrass will stop much of the sediment from entering the playa and improve the quality of the water entering the aquifer. It will also provide habitat and a food source for birds and pollinators.

“A healthy, functioning playa would be one with little sediment on the bottom, no pit, and surrounded by that native shortgrass buffer,” Lollar said.

Before any seed is planted, conservationists will go look at the soil in the playa region and take samples to determine how much sediment has built up along the bottom of the playa. Too much sediment could interfere with the shrinking and swelling of the clay layer, acting like a cork and keeping water from trickling down through fissures in the ground. Lollar said a good playa lake has a bottom comprised of clay soil, and more than four inches of sediment would make the playa too shallow, therefore limiting how much water it could hold — and how much water filters down into the aquifer.

Lollar said restored playas have the best recharge value, and the recharge process takes longer than depletion, as nature cannot keep up with the amount of water being pulled by irrigation.

“There’s a lot of different factors in how long it takes to restore a playa,” Lollar said. “A fast turnaround in western Kansas would be three years. A key factor in the final restoration is getting that native grass to take hold and grow. It could take several years, start to finish.”

Lollar said one does not want to rush Mother Nature when it comes to providing water for future generations.

“We only have one Planet Earth, why wouldn’t you want to take care of it?” Lollar said.

A workshop on playa lakes is being held Jan. 12 and 13 at the Northwest Kansas Technical College in Goodland. The event is free for landowners and tenants interested in learning more about the benefits of playas. 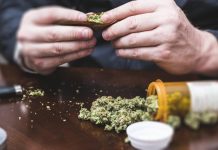 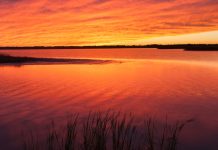 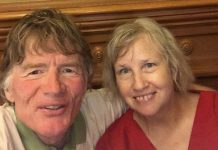