The seditionist attack on the U.S. Capitol will forever be tied to former President Donald Trump’s Big Lie about a stolen election. But the tree of sedition has many branches, and its roots go deep in the fertile prairie of 1980s Kansas.

As a congressional staffer, I watched the 1980s radical movement unfold — and was horrified to see many of its elements reflected in 2021, including the media’s radicalizing role.

During his 1980 campaign for Congress in the Big First District, Pat Roberts faced a group of grizzled ranchers angry at Washington. Their shouted solution: automatic rifles wielded by “patriots” like themselves against the U.S. Capitol.

There was hardship in farm country. Low prices, farm foreclosures and changing demographics were the spark for radical grievance politics.

Before QAnon, before Trump’s twitter feed, there was KTTL, a 100,000-watt FM station in Dodge City spewing hate against minorities and fomenting dark conspiracy theories about Jewish bankers and a communist deep state, all wrapped in right-wing white Christian religion and country music.

Cattle Country KTTL became the go-to news source for southwest Kansans distrustful of the federal government and upset that immigration was changing the look and language of their communities.

In print, the Liberty Lobby’s Spotlight newspaper circulated widely with anti-immigrant tirades and warnings of a one-world government controlled by Jewish bankers, the Trilateral Commission and the Council on Foreign Relations.

Even by today’s standards, much of KTTL’s programming was vile.

My own welcome to Dodge City was a trip across U.S. Highway 50 listening to KTTL discuss killing minorities and claiming Three-Mile Island was fake news — or if not fake, the nuclear accident only affected people not wanted in America.

Roberts’ staff made sure he was briefed on the latest from KTTL and the Spotlight, both more reflective of local thinking than community newspapers. Traveling from town to town, we could predict the questions that would be asked by seeing the headlines and hearing the conspiracy du jour on KTTL.

An armed militia movement, the Posse Comitatus, became a chilling presence. It was fed by conspiracy theories from far-right media like KTTL and by the lie that taxes and other government actions were illegal. There were armed confrontations with law enforcement and threats against government facilities. I fielded dozens of whispered complaints about Posse Comitatus activity, including paramilitary drills and automatic weapons training for children in the shadow of Mt. Sunflower in Wallace County.

For those prepping for battle against the government, automatic weapons were no problem. I visited one nicely equipped gunsmith shop hidden away in farm out-buildings and was told about others.

Our congressional office fielded hundreds of calls concerning black helicopters, the unmarked birds of one world government. They were reconnoitering, it was said, for locations in which to detain U.S. citizens when the United Nations assumed complete control.

The FCC fight over KTTL’s license mimics debate over free speech versus Twitter and other social media that is occurring today.

Then, like now, the radical right was a minority of Kansans. But then, like now, an armed militia advocating violence against the government had a toxic impact on politics and civic affairs.

While many Dodge Citians were outraged by the radio station’s programming, KTTL had supporters. When FCC investigators inspected the station, they required protection by local and state law enforcement officers.

Two of KTTL’s most offensive contributors were William P. Gale, of the “National Identity Broadcast,” and James Wickstrom, founder of the posse. Both figured prominently in the growth of the posse movement in Kansas. But in 1985, the FCC ruled their speech was protected and could not be used to deny the station’s license.

Sen. Bob Dole and others weighed in on the fight over KTTL’s license as the case took on national implications for broadcast regulation.

The saga ended in slow motion with the divorce of Charles and Nellie Babbs and a complicated license procedure for a new FM station that stretched into the 1990s. (“Blood on the Plow: Extremist Group Activity During the 1980s Farm Crisis in Kansas,” a University of Kansas honors thesis by Caleb Correll, provides a good account of the period.)

Calls for armed sedition and conspiracy theories, of course, were not limited to Kansas. But the soil plowed by 19th century prairie populists was particularly fertile ground in the 1980s. Kansas farm country became the epicenter of unrest as KTTL and other right-wing media found a receptive audience among citizens with grievances. 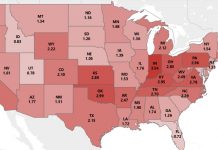 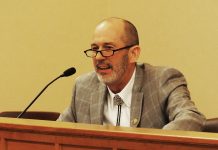 Why Kansans should face our unflattering past

Dr. Ahmed and her epis are trying to save you, Kansas