So it’s time to face up to one of your weaknesses. After all, the first step in any recovery is acknowledging the problem.

You have a problem when it comes to talking about taxes.

I’ve been thinking about this since last week, when, in a discussion of property taxes, a state legislator ridiculously claimed that Harvesters, the food bank that helps feed hundreds of thousands of hungry people in 16 Kansas counties, was competing with grocery stores.

After I wrote about that, a reader sent me a question.

“I am convinced that low-income Kansans, bottom 20%, pay a larger share of their income in state and local taxes than those making more income,” he wrote, basing his theory on information about Kansas at the nonprofit, nonpartisan Institute on Taxation and Economic Policy.

On one hand, the answer’s obvious: Republicans, who generally run things in Kansas even when we have Democratic governors, have made tax policies that benefit the top 1%.

But I’m no economist, so I asked one. Her answer, too, was sort of obvious.

“The reason that low income households pay more is because they spend all of their income,” said Donna Ginther, a distinguished professor of economics at the University of Kansas. “That spending is taxed at sales tax rates that in some counties can be as high as 10%.”

Ginther is among those providing expert advice to nearly 20 people — Republicans as well as Democrats, former politicians, economists, city and county and school board administrators, nonprofit and corporate representatives, a farmer — from all over the state who are members of Gov. Laura Kelly’s Council on Tax Reform.

These people are, or listen to, experts in daunting kinds of math so the rest of us don’t have to. And they serve as a counterweight to the “free market” pushers who currently dominate the tax conversation in Kansas. Currently, that conversation is just repeating ad nauseam that taxes are bad and any politician who raises taxes should be defeated.

You’re smarter than this, Kansas.

You don’t have to be an economist to understand that giving even more tax breaks to multinational companies like Seaboard, Cargill and Spirit AeroSystems, which the Legislature has been trying to do for years now and is trying again with a pile of smelly favors that would cost the state more than $620 million, will not help pay for public schools, safety, broadband, roads and other rural and small-town services.

You can be an English major like me and still understand that taxing multinationals and high-income people a little bit more might let us lower the state’s sales tax, which hurts everyone, every day, no matter their income. Instead, legislators are thinking of trying to solve that problem with a laughable $60 tax credit.

You can even be a Republican farmer and admit the need for tax policies that are fair to everyone and allow the state to function.

“If you cut taxes and have to make a corresponding decrease in governmental expenditures, there absolutely is a negative economic effect on that side of the equation,” said Don Hineman, who should be enjoying a well-earned rest on his spread in Dighton after more than a decade in the Kansas House of Representatives.

The experts on that council have made recommendations for sensible policy. (CliffsNotes: Tell Washington to send unrestricted funds to the state now; tax online purchases from third-party “market facilitators” like Amazon; and join the 29 other states that tax the sales of digital goods and services). Reading their report will make you smarter.

It should also make you braver. Brave enough to say to yourself and your neighbors and the politicians you’ve elected: It’s OK to raise certain taxes.

It’s even OK for Kansas to trust distinguished economists who work for our public universities instead of libertarian think tanks.

“I am not a politician. I’m an economist,” Donna Ginther told me. “If you make tax cuts to the rich, that leads to the rich keeping more of their money. It increases inequality and has no impact on growth or employment. We learned that in Kansas.”

Forcing ourselves to learn it again the hard way would just be dumb. 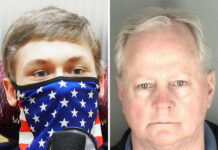 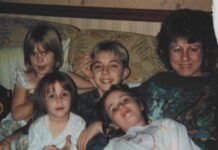