The bad news last Monday might have pushed many Kansans to the wall.

Temperatures were plunging to historic lows, the supply of electricity and natural gas was running short and the state’s largest utility had begun rolling blackouts. That afternoon, Gov. Laura Kelly held a news conference to ask us to lower our thermostats.

Watching the governor and others deliver this bad news, including the wicked factoid that prices for natural gas had spiked by a factor of 200, I felt a rising sense of frustration. After nearly a year of patiently enduring the pandemic, of masking and social distancing, having made economic and emotional sacrifices large and small for so long, here we were getting another grim forecast. And the governor seemed resigned to despair.

Like many Kansans, I was already alarmed by the vaccine rollout. The state’s consistent ranking at or near dead last for its vaccination rate had set a tone of diminished expectations. With the faster-spreading U.K. variant having been found recently in Kansas, where was the new sense of urgency that should have gripped the Kelly administration to get as many shots in arms as possible? Instead, Kelly blamed technical difficulties that hampered local health departments from timely reporting of state totals.

“It’s difficult,” she said. “There are a lot of people involved.”

That defensive tone seeped over onto Monday’s news conference, and the “energy emergency” seemed to be as much about the governor as it did natural gas and electricity. She was asking Kansans to prepare for more chronic discomfort, to be left in the dark and creeping cold, but she did so without much humanity.

Would it be all Kansans? No, not everyone, and not permanently. But those Kansans who could least afford to cope with this hardship would again be hit the hardest. If you live in an old house that is by nature not energy efficient, expect your pipes to burst. Don’t have a good job? Look forward to wrestling with crushing utility bills. It was hard not to feel that the state had, once again, failed us.

Now, the governor does not control the weather. The recent freezing temperatures were the result of forces beyond her control. Records fell across the state, including -21 in Topeka, the city’s coldest day since 1899. While temperatures that shatter century-old records are rare, they are predictable. And state officials should have been better prepared to deal with the emergency.

Perhaps they were, but it was difficult to tell from their news conference.

Like most of us, Kelly seemed to have hit a wall. She was downcast. Most often her eyes were on her notes, not the people in the room. She mustered some encouraging words about energy conservation being the key to getting through the crisis, but she wasn’t convincing. When asked how that natural gas wholesale hike would impact residential heating bills, she said, “I am not a utility bill expert,” and referred the question to Kansas Corporation Commission chairman Andrew French.

French answered the question effectively enough — the higher gas prices would be passed on to consumers, but utilities had practices to mitigate that somewhat — but Kelly had passed up an opportunity to connect on a human level.

We needed her to say something like: “That’s a great question and I am deeply concerned about the financial burden of this unprecedented weather and energy emergency will have on working Kansans. I’m going to let the Kansas Corporation Commission chairman answer the question about rates, but I want you to know that I’m committed to doing everything I can to help Kansans struggling financially and emotionally with these unprecedented hard times. And I know Kansans are up to this challenge, because it’s in our character. The state motto is ‘to the stars through difficulty’ for a reason.”

Yet, the closest Kelly came to any personal note was confirming that she had dimmed the lights in the governor’s office to help conserve electricity. But that’s not quite the same thing as sitting in your house, with the thermostat turned to 65, waiting for your lights to go off and your pipes to freeze. You don’t have to be a utility bill expert to imagine how that must feel.

I don’t think Laura Kelly is a bad governor. She has been, at times, exactly the kind of governor we need, a clear-eyed realist who speaks clearly and with conviction.

Kelly’s platform was that of a Statehouse insider who knew how to get things done and could lead the state out of crisis and turmoil. “I think people need the reassurance that the person in the governor’s office knows where the problems are,” she said in a 2019 interview, “and knows how to solve them and can bring people together to do just that.”

Kelly has never had the kind of charisma that many glad-handing politicians rely on, and her serious nature has been one of her strengths. But in addition to competence, we need confidence and vision.

Instead, we have a governor who seems as worn down as the rest of us. She appears to have given up. She may have surrendered way back last year when she allowed the Legislature to strip her of most of her executive powers to deal with the pandemic.

It’s hard to tell whether Kelly’s problem is that she has trouble communicating her message or that she doesn’t have one. Governors are limited by the necessary, sometimes changing, checks and balances inherent in a democracy. That’s why it’s important, especially in times of adversity, they model confidence, emotional resilience and a competent and clear message of hope.

Kelly should speak the truth, always.

We just want to hear the governor say it.

Kelly was a bit brighter in front of cameras on Wednesday, when she unveiled a plan to reopen schools, with more doses of vaccine being prioritized for K-12 teachers. But she still had an edge of defensiveness. “Last time I ordered a shutdown, you know what happened,” she quipped in response to a question, neutralizing any enthusiasm she’d shown up to that moment.

This isn’t just about a Democratic governor who is tired of constantly battling a fiercely antagonistic Republican Legislature in a deeply red state. It’s about leadership.

Instead of arguing that the CDC is simply wrong when it ranks Kansas the last among the states in vaccine distribution, her administration should work harder to solve the problem.

On Wednesday, the CDC vaccination data tracker and the state dashboard agreed on numbers, putting Kansas 48th in vaccination rate. On Thursday, Kelly’s office put out a news release that was a model of defensiveness. Although ostensibly meant to outline steps to address data reporting “gaps,” the release included the claim that while reported vaccine rates in Kansas are lower than expected, there were “qualitative reports of vaccines being administered quickly.” Qualitative? As in anecdotal reports? Shouldn’t we rely on quantitative data here?

At the current rate of 80,000 doses per week, the state’s top doctor says it will take nearly 11 months to get all Kansans who want the vaccine immunized. Is that really the best we can do? While supply is expected to rapidly increase, the state still has a lot of work to do to regain the trust that many of us lost when confronted by confusing timelines and the advice to put your name on as many online lists and surveys as possible. The vaccine is particularly scarce in urban areas, but not in the sparsely populated counties in western Kansas; Stanton County announced recently that it was offering vaccinations to all county residents over the age of 18, no appointment needed.

There must be a better way to coordinate the response.

Access to the vaccine is a basic human right, and all Kansans — whether they live in Wyandotte County or a county of just 2,235 bordering Colorado — should have the same chance, when their group is called, to receive it. In addition, the process should be straightforward and understandable.

Anything less is unacceptable.

Kelly should continue to push the Biden administration for more vaccine, and to push hard. But along with the medicine, Kansans need something more. We need hope. After what is likely the worst year that any of us can remember, we need a reason to be optimistic, some proof that good sometimes prevails, some evidence that our sacrifices have not been wasted. Our aspirations and yes, our fears, are reflected in our state’s chief executive. Her words should encourage the former and acknowledge the latter. 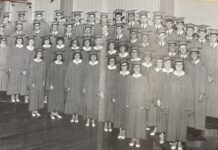 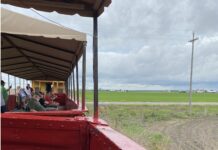 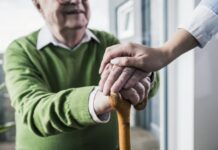 In our winter of despair, Gov. Laura Kelly should offer Kansans hope