TOPEKA — Cities facing high utility bills due to the extreme cold last month can now apply for their share of $100 million in low-interest loans to aid with their fiscal pains.

Rogers said the goal is to provide needed relief to towns across the state who risk losing access to heat and power if utility bills are not paid.

“We all recognize this is not an ideal situation, but we also refuse to financially ruin these cities because of Kansas weather,” Rogers said. “These are our friends, our neighbors and our families in rural Kansas communities.”

The measure allows for up to $100 million in idle funds to be loaned to any city in Kansas that has incurred these high utility costs during February 2021. Cities will have up to 10 years to pay the loans back.

Cities may not use these funds to pay utility bills they would otherwise incur.

Colin Hansen, executive director of Kansas Municipal Utilities, said the bill would serve as a backstop to allow the cities to address these costs prudently. He called the cold in February one of, if not the greatest crisis in the history of state utilities.

“The residents, the small business, the churches, the hospitals, the libraries, they are all left with a devastating utility bill,” Hansen said. “As one of our city managers noted these unfathomable costs for natural gas and electricity is the community’s equivalent to a 500-year flood or F5 tornado.”

Rogers said applications have already been sent to the Kansas League of Municipalities.

Erik Sartorius, executive director of the league, said residents and business are facing 10 to 20 or more times their usual rate. He said everyone across the state likely the pains or some impact from this surge.

“The best way to describe it is in the morning you are in a hurry and you get a little bit of gas to get along, and you buy it at $3 a gallon,” Sartorius said. “But then you come back in the afternoon to finish filling up, and the gas price is now $622 a gallon.”

The city of Goodland, for example, was hit with a bill for $1,500,000 after it was called on by its utility company, Sunflower, to use a local plant to generate power and ensure there was no area blackout. The city did so for 79 hours, and while the company has offered credits to help reimburse them, the credit value is only one-seventh of what Sunflower charged.

“It is impossible for a municipality to be able to afford such a bill, much less our customers,” said Goodland city manager Alan Lanning. “Our community is low income and businesses are struggling to remain open.” 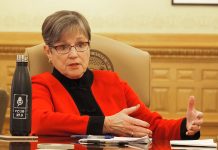 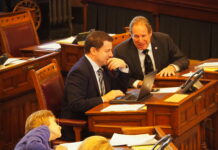 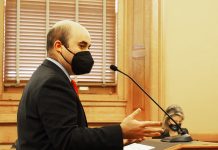