For this week’s biggest guffaw — and who didn’t need one? — Kansans can thank former-and-aspiring-to-be-future Gov. Jeff Colyer.

On Tuesday, after Attorney General Derek Schmidt announced his run for governor, Colyer responded to news of a 2022 Republican primary rival with this snorter:

“It’s good that Kansas voters will now have a clear choice between me, the conservative candidate, and Derek Schmidt, who has spent over 20 years carrying water for the most liberal elements of the Kansas Republican Party,” Colyer said.

First, there are no remaining “liberal elements” of the Kansas Republican Party.

That Colyer thinks anyone’s dumb enough to fall for that is funny. Even funnier is imagining Schmidt anywhere near the fallow field where the cold ashes of the Dole-Kassebaum era were long-ago scattered.

Who can forget — though he’ll want a lot of you to, if he makes it to the general election — how Schmidt shamelessly climbed onto the bandwagon with Texas in a lawsuit trying to overturn the results of the November 2020 presidential election? Even with its Trump-appointed judges, the U.S. Supreme Court threw out these lawyerly efforts.

Then again, Schmidt announced he was joining that lawsuit on the same day Colyer needled him about it:

There’s never a bad time to do the right thing. I call on @KSAGOffice to join @KenPaxtonTX’s lawsuit on the behalf of the more than 74 million voters who voted for @realdonaldtrump and more than 770K Kansans. https://t.co/kj209gVTD1

But Schmidt could fight back against Colyer’s allegations that he’s a liberal waterboy by boasting more about the time he and Secretary of State Scott Schwab cost Kansas taxpayers $4 million by moving forward with Kris Kobach’s obviously doomed “voter fraud” lawsuit, even after a federal judge affirmed its ridiculousness by sending Kobach back to law school. That’s some conservative courage, right there.

Armed with these Supreme Court-refuted examples of his election-law brilliance, Schmidt probably should have been, but wasn’t, joking last week when he whimpered about the U.S. House of Representatives passing the For the People Act.

“Should the act become law, we will seek legal remedies to protect the Constitution, the sovereignty of all states, our elections, and the rights of our citizens,” Schmidt said, as if we wouldn’t remember it had only been a couple months since he’d joined Texas to disregard the sovereignty of states that went for Biden.

Meanwhile, if Colyer wants to be the true conservative in this race, he’s going to have to do more than timidly retweet a suggestion that hydroxychloroquine might be a good treatment for COVID-19. After all, other Trumpy Kansas medical doctors have embraced #HCQ with much greater fervor. 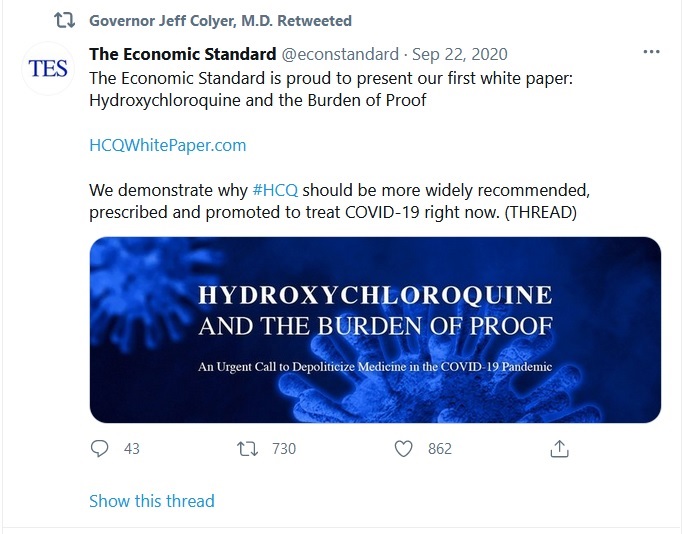 Colyer will also have to compete with Schmidt’s frequent filing of lawsuits challenging — or just news releases complaining about — the new Democratic president’s policies.

We’re still waiting, by the way, for the news release where Schmidt announces he’s joined the lawsuit filed by the southeast Kansas town of Mulberry, seeking legal remedies for price gauging by natural gas companies during February’s extreme cold spell.

Or the one announcing that he’s filed a lawsuit against Saint Francis Ministries on behalf of 3,100 Kansas children after a documented case of financial corruption at the state’s foster care provider.

Or the one he’s filed on behalf of residents who’ve been kicked out of Kansas nursing homes because they aren’t profitable enough.

Or the one he’s filed on behalf of thousands of Kansans who were arrested or deported by Immigration and Customs Enforcement even though they’d committed no crime.

But we’re not holding our breath for Schmidt to be the state’s top law enforcer in cases involving helpless nursing home residents, children in foster care, immigrants and tiny rural towns suing giant utility companies, all of which might somehow support Colyer’s allegation that he’s “liberal.”

Instead, we’re remembering how Schmidt was on the board of directors for a dark money group called the Rule of Law Defense Fund, which helped organize and promote the Jan. 6 insurrection. When those media reports began to surface, Schmidt said he didn’t know about it and, anyway, he’d quit the board in August 2020. He called the insurrection “sickening, shameful, inexcusable and counterproductive.”

Counterproductive? Was he hoping there were more effective ways of subverting the results of the presidential election?

Schmidt will have plenty of time to clarify that between now an the August 2022 primary. Meanwhile, if there really are any “liberal” Republicans interested in running for governor, please announce soon! We need more laughs to keep from crying.