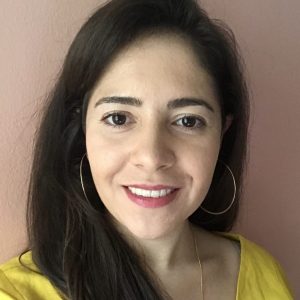 Ariana covers the nation's capital for States Newsroom. Her areas of coverage include politics and policy, lobbying, elections and campaign finance.

‘Our democracy is in peril’: Women risk arrest in voting rights protest in D.C.

WASHINGTON — Diane Howard of Cleveland traveled to the nation’s capital with hundreds of other women to urge Congress to pass an elections overhaul and undo new state laws that restrict voting access. A community activist for half a century, Howard said that this is not the first time she’s seen voting rights under attack. […]

U.S. House to vote on next week on expanding PFAS regulation, backers say

WASHINGTON — Members of Congress and Biden administration officials outlined during a conference this week how they’re attempting to regulate toxic chemicals found in drinking water — including an upcoming vote in the U.S. House. EPA Administrator Michael Regan, a former top environmental official in North Carolina, said the agency is currently in the process […]

WASHINGTON — U.S. Rep. Mariannette Miller-Meeks of Iowa testified Tuesday before the House Natural Resources Committee hearing in support of bipartisan legislation that would give veterans and Gold Star families free lifetime access to national parks and public federal lands.  “No one is more worthy of experiencing open access to the incredible places that these […]

WASHINGTON — The Poor People’s Campaign announced on Monday the beginning of a weeks-long push calling on Congress to end the Senate filibuster and pass voting rights legislation. The anti-poverty campaign, “A Season of Nonviolent Moral Direct Action,” will run each Monday until Aug. 2. Advocates are urging Congress to enact the sweeping “For the […]

WASHINGTON — Vice President Kamala Harris announced Thursday the Democratic National Committee will spend $25 million to protect voting rights, in response to a wave of laws pushed by Republican lawmakers in state legislatures that would restrict voting access. The move comes after Democrats have been stymied in their attempts to enact a national election […]

WASHINGTON — The White House will unveil an executive order in the coming days that directs the U.S. Department of Agriculture to clarify that meat can only receive a “Product of USA” label if that livestock is raised in the U.S. rather than abroad, press secretary Jen Psaki told reporters Tuesday. “The EO directs USDA […]

WASHINGTON — The U.S. House voted Wednesday to establish a select committee to investigate the Jan. 6 insurrection, in which a mob of pro-Trump supporters attacked the U.S. Capitol. In a 222-190 vote that was almost entirely party-line, just two Republicans joined Democrats in passing the resolution, which calls for a probe into “one of […]

WASHINGTON — Republicans during a U.S. House Judiciary panel hearing on Tuesday argued that a bill that would reinstate a preclearance section of the 1965 Voting Rights Act is unnecessary because there is no discrimination in voting.  The top Republican on the panel, Rep. Mike Johnson (R-La.) said the legislation is not needed and that […]

WASHINGTON — U.S. Senate Republicans shut down efforts to open debate on a sweeping elections reform and voting rights bill brought to the Senate floor by Democrats Tuesday night. In a party-line 50-50 vote, the Democratic measure, S.1, titled the For the People Act, did not reach the 60-vote threshold required to end a filibuster […]

WASHINGTON — The U.S. Supreme Court unanimously ruled Monday that the NCAA cannot limit educational compensation to student athletes due to their amateur status. The 9-0 decision in NCAA v. Alston was delivered by Supreme Court Justice Neil Gorsuch, who said the college athletics body is not exempt from antitrust law. The NCAA was the […]

WASHINGTON — Leaders from 1890 land-grant colleges laid out to the House Agriculture Committee Wednesday how a fresh infusion of scholarship funding provided by Congress has helped those historically Black institutions educate and train the next generation of agriculture workers. Committee chairman David Scott (D-Ga.) said their testimony would help members of the committee work […]

WASHINGTON — The Department of Justice says it is doubling its enforcement attorneys who will work to protect voting rights. U.S. Attorney General Merrick Garland’s Friday announcement came as Republicans in state legislatures introduce and pass restrictive voting laws, such as limiting ballot boxes and requiring voter identification. “We are scrutinizing new laws that seek […]