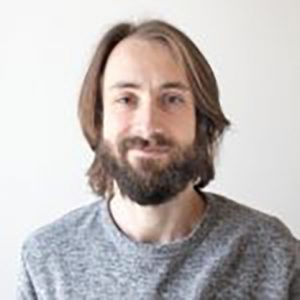 Jacob covers federal policy as a senior reporter in the States Newsroom Washington bureau. Based in Oregon, he focuses on Western issues as well as climate, energy development, public lands and infrastructure.

WASHINGTON — U.S. Supreme Court Justice Stephen Breyer is planning to announce his retirement in the coming days, according to multiple press reports Wednesday. The decision by the 83-year-old justice, who was nominated by President Bill Clinton in 1994, would give President Joe Biden his first chance to nominate a member of the Supreme Court, […]

As the Biden administration’s move to scrap new oil and gas leases remains in unsettled legal territory, Democrats and Republicans on a U.S. House panel sharply disagreed about the merits of new energy development in the Gulf of Mexico. Democrats on the House Natural Resources Energy and Mineral Resources Subcommittee, including Chairman Alan Lowenthal of […]

President Joe Biden said Wednesday the climate and child care provisions in his domestic spending agenda could still become law this year, even as the larger plan has stalled in the Senate over other items that Biden conceded may not pass — such as an expanded child tax credit. In a nearly two-hour news conference, […]

New federal powers are needed to prevent major energy disruptions like the cyberattack on the Colonial Pipeline that left the East Coast short of gas at the pumps for days, the chairman of the federal commission overseeing energy and some U.S. House Democrats said Wednesday. A House Energy and Commerce subcommittee discussed a proposal by […]

The U.S. Supreme Court on Thursday dealt a blow to the Biden administration’s fight against the pandemic, blocking a federal mandate that workers be vaccinated or regularly tested for COVID-19 — though the court allowed a separate rule requiring vaccinations for some health care workers. The two rulings represented a split victory for Republican attorneys general from Ohio, Missouri, […]

‘We thought that we would die’: Lawmakers probe painful Jan. 6 memories

Democrats in Congress marked the anniversary of the attack on the U.S. Capitol on Thursday recounting the terror they experienced first-hand — and argued that it gives them even more reason to pursue voting rights legislation. They remembered the desperate scramble to hang on to the boxes that held the presidential vote tally, the rush […]

A Louisiana federal judge has put a hold on President Joe Biden’s mandate that Head Start workers be vaccinated against COVID-19. U.S. District Judge Terry Doughty, who previously ruled against a vaccine mandate for health care workers, issued a preliminary injunction on New Year’s Day restricting the executive branch from enforcing in 24 states a […]

President Joe Biden will continue a pandemic-spurred pause on student loan repayments until May 1, he said Wednesday. Loan repayments were set to restart Jan. 31, following months of the U.S. Education Department not requiring payments during the pandemic. Biden told the department to extend the moratorium initially placed by President Donald Trump’s administration. It […]

U.S. Senate Majority Leader Chuck Schumer said Monday he plans to force votes on voting rights, a sweeping social policy bill and a change to Senate rules early next year — even as members of his caucus have made clear in recent days Democrats lack the support to pass those proposals. In a letter to […]

The U.S. House following a vitriolic debate passed a bill along party lines Tuesday night to create a State Department office that would counter Islamophobia worldwide. Democrats said a conflict much closer to home showed the need to confront anti-Muslim bigotry. The bill sponsored by Rep. Ilhan Omar (D-Minn.) picked up momentum after Colorado Republican […]

WASHINGTON — The leader of Amtrak told a U.S. House panel Thursday that the recently enacted infrastructure law made great strides to solving the passenger rail system’s financial woes and placed it on equal footing with other modes of transportation. Democrats on the House Transportation and Infrastructure Committee’s rail subcommittee and Amtrak Executive Director Stephen […]