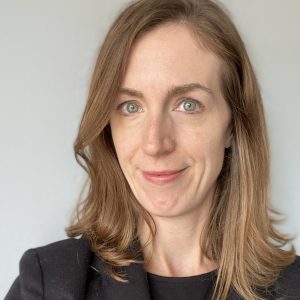 Laura covers the nation's capital as a senior reporter for States Newsroom, a network of nonprofit outlets that includes Kansas Reflector. Her areas of coverage include politics and policy, lobbying, elections, and campaign finance.

WASHINGTON — Nursing homes will be required to ensure their staffers are vaccinated against COVID-19, or risk losing federal Medicare and Medicaid dollars, the Biden administration announced Wednesday in a major move on vaccinations as the Delta variant sweeps many states. Under the new nursing home policy, the U.S. Department of Health and Human Services […]

COVID-19 booster shots to roll out starting next month

WASHINGTON — Top U.S. health officials announced a plan Wednesday to begin offering COVID-19 booster shots to Americans starting Sept. 20, with the scheduling of the additional shot to be based on when a person was fully vaccinated.  The new round of jabs will be extended to those who received the two-dose vaccine from either […]

WASHINGTON — As wildfires rage in the western United States, the Biden administration on Tuesday announced it is hiking pay for federal wildland firefighters to at least $15 per hour. Secretary of the Interior Deb Haaland and Agriculture Secretary Tom Vilsack said the change will boost pay for 3,500 firefighters with the Interior Department and […]

WASHINGTON — The months-long, Republican-led investigation in Arizona into the results of last year’s presidential election has cost millions of dollars and produced no evidence yet of major issues in tallying Maricopa County ballots.  Yet supporters of former President Donald Trump are still attempting to follow Arizona’s lead by pushing for so-called audits in several […]

WASHINGTON — Watching the sunrise from Cadillac Mountain at Maine’s Acadia National Park is a gorgeous view — so breathtaking that on some days, as many as 500 cars could be found vying for the scenic overlook’s 150 parking spots. That competition has become more manageable since Acadia officials began using a reservation system in May, […]

WASHINGTON — Congressional Democrats unsuccessfully scrambled on Friday to extend federal legal protections against eviction that will expire on Saturday. The end of the eviction moratorium jeopardizes housing security for millions of Americans who are struggling both to pay their rent and to access billions of dollars in slow-moving federal rental assistance funds. Top Democrats in […]

WASHINGTON — Congress on Thursday overwhelmingly passed $521 million to reimburse the National Guard for providing 26,000 troops to protect the Capitol after the Jan. 6 riot — an unexpected expense that was poised to result in training cutbacks for Guard units across the country. The National Guard Bureau used its budget to pay for the […]

U.S. Senate agrees to move ahead on $550B in new infrastructure spending

WASHINGTON — A bipartisan group of U.S. senators say they have worked through the sticking points on a major infrastructure package, and the Senate agreed on a procedural vote on Wednesday night to advance to debate on the proposal. That announcement came a week after Republicans blocked a test vote on the deal, with GOP […]

WASHINGTON — Federal health officials on Tuesday urged Americans in areas of the country with the highest surges in COVID-19 infections to once again wear masks when they are in public, indoor settings — even if they are fully vaccinated against COVID-19. The updated recommendations marked a sharp shift from the agency’s guidance in May that […]

WASHINGTON — State and local officials disbursed $1.5 billion in rental assistance during June — more than during the entire previous five months — to help households falling behind on rent and utilities, according to U.S. Treasury data released Wednesday. That progress in getting slow-moving federal dollars to struggling renters comes as the Biden administration […]

WASHINGTON — Senate Democrats’ attempt to start debate on a $1.2 trillion bipartisan infrastructure plan was blocked by Republicans on a party-line vote Wednesday, as lawmakers hustle to wrap up negotiations over drafting that legislation. In the 49-51 test vote, Senate Majority Leader Chuck Schumer, D-N.Y., switched his vote to “no,” a procedural move that allows […]

Chuck Schumer: Congress should legalize weed on the federal level

WASHINGTON — The top Democrat in the U.S. Senate says decriminalizing marijuana at the federal level is a change that’s “long overdue,” and that he’s prioritizing that effort amid a growing number of states legalizing cannabis. To that end, Senate Majority Leader Chuck Schumer on Wednesday unveiled a draft proposal for removing cannabis from the federal […]