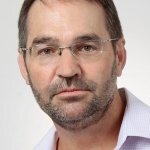 Marty Schladen has been a reporter for decades, working in Indiana, Texas and other places before returning to his native Ohio to work at The Columbus Dispatch in 2017 and coming to the Ohio Capital Journal in 2020. He's won state and national journalism awards for investigations into utility regulation, public corruption, the environment, prescription drug spending and other matters.

Centene, the nation’s largest Medicaid managed care provider, has settled fraud allegations with a fifth state, Kansas Attorney General Derek Schmidt announced Monday. The $27.6 million Kansas settlement comes after Mississippi, Illinois and Arkansas announced settlements totaling $154 million. All of those follow a settlement with Ohio — the only state to sue the company […]

CVS sometimes forces people to use its pharmacies. Now the Supreme Court will weigh in

CVS Health and other massive corporations often use their pharmacy middleman subsidiaries to force people to get the most expensive class of drugs from the businesses’ own mail-order pharmacies. Some call the practice “patient steering.” CVS and companies such as UnitedHealth and ExpressScripts/Cigna say the arrangements save patients money. But some patients, oncologists and other […]

The health care system is supposed to incentivize the development of wonder drugs and then apply market forces to squeeze prices to a minimum. But a new report shows how at least for one drug, incentivizing is working a lot better than price-squeezing. At least when insurance is involved. For example, Blueberry Pharmacy in the […]

Add Kansas and Arkansas to the list of states that might be considering litigation against the largest Medicaid managed-care contractor in the country. Ohio already is suing St. Louis-based Centene, claiming that the company used layers of middlemen to overbill the state by tens of million of dollars for prescription drugs — allegations Centene adamantly […]

Congress is continuing to squabble over whether to extend a federal supplement to unemployment insurance and, if they do, by how much. But as they argue over whether to continue the supplement at its current $600-per-week level or some fraction of that, out-of-work Americans are left to worry whether they can survive on state benefits […]