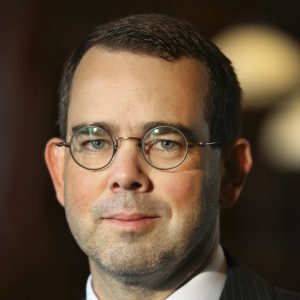 Sherman Smith is the Kansas Press Association’s journalist of the year. He has written award-winning news stories about the instability of the Kansas foster care system, misconduct by government officials, sexual abuse, technology, education, and the Legislature. He previously spent 16 years at the Topeka Capital-Journal. A lifelong Kansan, he graduated from Emporia State University in 2004 as a Shepherd Scholar with a degree in English.

Bannon, others indicted in scheme to siphon We Build the Wall funds

TOPEKA — Federal authorities on Thursday announced the indictment of Steve Bannon, Brian Kolfage and two others for siphoning payments from a crowdsourced fund to privately build a border wall with Mexico. Former Kansas Secretary of State Kris Kobach, who serves as general counsel for the nonprofit that manages the $25 million campaign, isn’t named […]

TOPEKA — Emporia authorities didn’t view Brandon Flint’s actions favorably when he walked out of a nightclub in 2008 and rescued his fiancee from an attack by two men. The U.S. Army veteran, who had served two tours in Iraq, retrieved a handgun from his car and pointed his weapon at the attackers as they […]

TOPEKA — Foster care agencies in Kansas leaned on large federally backed loans during the pandemic to avoid furloughs and acquire technology needed to provide services to thousands of suddenly isolated children and their caretakers. As most of the state sheltered in place, uncertainty over the rapidly spreading deadly pathogen heightened stress and financial pressures […]

TOPEKA — Gov. Laura Kelly tested negative for COVID-19 on Friday following disclosure by House Speaker Ron Ryckman that he had been hospitalized for a week with coronavirus in July. A political firestorm erupted on Thursday following Ryckman’s disclosure that he tested positive for the coronavirus on July 13. He was criticized for delaying for […]

Kansas House Speaker Ron Ryckman acknowledged Thursday he was infected last month with COVID-19 and spent a week in the hospital. The Republican from Olathe said he recovered from the illness, tested negative for the virus and received clearance from a doctor before attending a meeting last week with the governor and other legislative leaders. […]

Urban Outfitters announced plans Wednesday to invest $350 million in a new, 880,00-square-foot distribution center to be built in Wyandotte County. The multinational retail company, which sells clothing and other consumer goods, says it will create 2,000 jobs through the long-term investment. State officials said public incentives involved with the deal won’t be finalized or […]

TOPEKA — U.S. Rep. Roger Marshall defeated GOP rival Kris Kobach on Tuesday in a U.S. Senate primary thronged with mud-slinging fortified by out-of-state cash and meddling by optimistic Democrats. The two-term congressman from the 1st District led a pack of 11 men after a mad dash to the far right in which candidates tried […]

The 41,700 people who have turned to ksvotes.org as a superior alternative to the state’s primitive online platform for voter registration probably don’t realize they signed away their personal information to be used in targeted advertisements. Language in the site’s privacy policy gives permission to Blueprint Kansas, the organization that operates ksvotes.org, to collect contact […]

‘A lot of anger’: Kansas authorities on alert for threats to health officers

TOPEKA — Kansas Department of Health and Environment secretary Lee Norman says he is used to “looking over my shoulder,” behavior the lieutenant colonel in the Kansas Army National Guard learned while serving as senior medical commander in a combat zone. Norman again finds himself under threat of attack. Public health officials across the the […]

A Shawnee County sheriff’s detective in her affidavit report says U.S. Rep. Steve Watkins lied to her when he claimed he didn’t actually vote in a local election and wasn’t responsible for listing a UPS store as his home address. Video surveillance and a review of mail-in ballots provide the basis for three felony charges […]