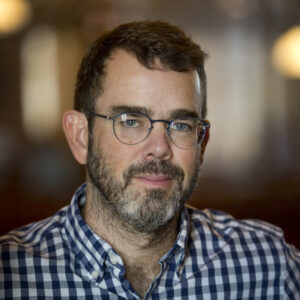 TOPEKA — The American Civil Liberties Union of Kansas is seeking an investigation into the refusal of the Ellis County clerk and Kansas Secretary of State to require election workers to wear a facemask. The ACLU filed a complaint with the Kansas Department of Labor on behalf of an Ellis County election worker who has […]

TOPEKA — The American Civil Liberties Union of Kansas wants the Ellis County clerk to provide direction directly to voters who received misprinted ballots. Clerk Donna Maskus says she has done everything she can to mitigate the problem. The county mailed about 3,800 ballots that labeled a Kansas Senate race as the U.S. Senate race […]

UPDATE: The UnMaskTogether website was taken down following publication of this story, and nobody apparently showed for the planned protests. TOPEKA — The facemask-despising owner of a martial arts school in St. Marys is enlisting like-minded science deniers to participate in mandate-defying flash mobs at Topeka and Manhattan businesses. Jason Harpe claims COVID-19 is a […]

Ballot misprint could be issue if U.S. Senate race is close between Bollier, Marshall

TOPEKA — A ballot misprint in Ellis County could provide an opportunity to challenge the outcome of the U.S. Senate race or a legislative race if the results from either are extremely close. The misprinted ballots list the Kansas Senate 40th District race between Republican incumbent Rick Billinger and Democratic challenger Larry Dreiling as the […]

TOPEKA — A severe and deadly outbreak of COVID-19 that has ravaged the Norton community is by far the worst recorded in Kansas since the start of the pandemic, health officials said Wednesday. Gov. Laura Kelly called the outbreak a “stark reminder” that the threat of COVID-19 is real, even in rural areas. She said […]

TOPEKA — A Topeka police auditor determined an officer abided by department policy but used “concerning” judgment last month when he cursed at an autistic child, pepper sprayed the child’s dog, and handcuffed and threw the child to the ground, breaking the child’s wrist. Body camera video shows the officer yelling at the 14-year-old boy […]

COVID-19 kills 10, infects all 52 other residents at Norton nursing home

The city of Norton is grappling with a cluster of COVID-19 infection at a nursing home with dozens of positive cases.

Teresa Briggs’ facemask invites people to vote. Lately, it’s been a conversation starter. The co-president of the League of Women Voters of Kansas recently wore her voting-themed facemask to a retail store in Emporia, where she was approached by another woman. “She said, ‘Oh, yeah, we’re gonna vote.’ And I said, ‘Do it early.’ And […]

TOPEKA — Gov. Laura Kelly said Tuesday her administration has taken an important step toward funneling federal cash into expanded testing capacity for COVID-19. She also urged Kansans not to despair over the increasingly grim numbers of deaths and infections reported by health officials every couple of days. The Kansas Department of Health and Environment […]

TOPEKA — Democrats blasted Kansas Senate President Susan Wagle on Friday for recent comments she made about the desire to redraw legislative and congressional district boundaries in Kansas to favor Republicans. Wagle, a Republican from Wichita who is retiring from the Legislature after withdrawing from the U.S. Senate race, told a gathering of Republicans last […]

TOPEKA — Scientists in April discovered wastewater from Hiawatha indicated an extensive presence in the community of COVID-19. At the time, there were no positive cases of the virus in Brown County, which encompasses a sparsely populated rural area along the Nebraska border in northeast Kansas. The Kansas Department of Health and Environment, which had […]